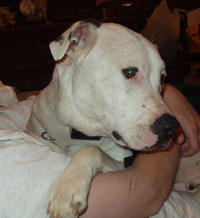 Harley has overcome some odds for sure. He was apparently born deaf and ended up in the Grant Co. shelter. Luckily, workers at the shelter saw a lot of potential in Harley, and we were asked to take him. Here, he learned to obey hand signals, and acted as any other dog would, except that often, he actually “listened” to us better than most!

END_OF_DOCUMENT_TOKEN_TO_BE_REPLACED 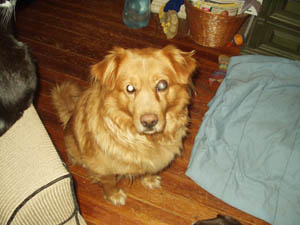 We know Bobby Bear had a good home at some point. He was clean, well-adjusted, and already house trained when he came to us. But the 3 year old retriever mix, who was brought into the local shelter as a “stray,” never was claimed.

We could immediately see that one of his eyes had problems, so we took him to The Animal Clinic, where we found out he is completely blind in both eyes. END_OF_DOCUMENT_TOKEN_TO_BE_REPLACED

Jackson: A Cat with Sense

When Banfield Pet Hospital in Lexington asked us to take a blind cat, we were willing, but also somewhat apprehensive. We’ve never had a blind cat in foster care before, and because the cats in our program do not live in cages, we were uncertain how to go about familiarizing Jackson with his new environment. END_OF_DOCUMENT_TOKEN_TO_BE_REPLACED 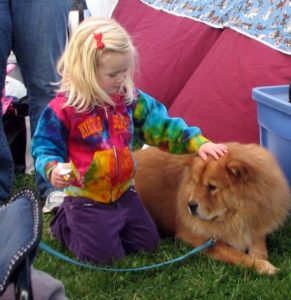 Sweet, sweet Georgia. This gorgeous but extremely shy and timid chow chow came to Holly’s Place after having been abandoned to live in a field with a bag of food dumped out for her every now and then to share with another dog. She was scared of everything; the TV, the furnace, even people walking through the house! We began getting her accustomed to all these new sites and sounds around the house and beyond, all the while knowing it was going to take a very special person to adopt Georgia. END_OF_DOCUMENT_TOKEN_TO_BE_REPLACED

Luna Gets a Palace 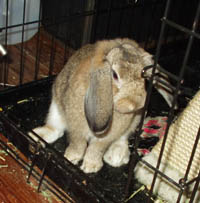 No one knows where she came from. On a Saturday afternoon in August she spotted two people in their driveway and hopped right up to them. Luna, a tame flop-eared bunny, somehow dodged the many dangers of cars, cats, & dogs, and arrived with only an injured leg. She was probably an Easter bunny that someone got tired of and put outside. It happens every year, and they usually do not make it. END_OF_DOCUMENT_TOKEN_TO_BE_REPLACED 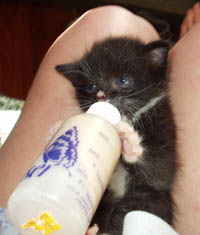 In September a Lawrenceburg family drove to Bowling Green to buy a boat. When they returned home, they found that the boat was not the only thing they brought back with them. Cupcake, a 2 week old kitten, was inside the boat without her mother or any siblings. The poor kitten had likely cried in vain the entire trip, with no one to hear him over the roar of the highway. END_OF_DOCUMENT_TOKEN_TO_BE_REPLACED

Heidi had been in the shelter for weeks, and just as it seemed she had a home, she quickly lost it when they were unable to remove her from the kennel. We went to the shelter to assess her situation. Beautiful, sweet-natured, but very timid, she was impossible to bring out of the kennel on a leash. Anything around her neck caused panic. And even when we tried to carry her out, she became dead weight. We even tried a harness and leash, but Heidi just “hit the deck.” END_OF_DOCUMENT_TOKEN_TO_BE_REPLACED

It was quite a week! On a Sunday morning we had rescued Fanny, a cat who had lost her tail when she got caught in the fan belt of a vehicle. That following Tuesday morning we got another call about the same sort of accident, only Sable was in worse shape. END_OF_DOCUMENT_TOKEN_TO_BE_REPLACED 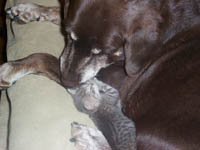 Sometimes foster dogs just stay. Such is the case of our friend, Aunt Bea, a very large and very old chocolate lab mix, who has outlived our expectations by at least two years. Aunt Bea’s position here is that of everyone’s favorite great-aunt. She’s the final authority figure among the dogs here, protecting the small ones and helping the others adjust to life in their foster home. Aunt Bea is paid back in kindness and love from the other dogs who show their appreciation by bathing her face and snuggling up with her whenever they can. We are all lucky to have her. END_OF_DOCUMENT_TOKEN_TO_BE_REPLACED 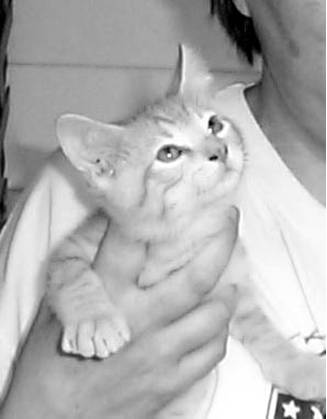 In June, we received an unusual rescue call. According to the caller, kittens had been born in the rafters of their garage without their knowledge—that is, until two of them fell and all began crying. The two who had fallen seemed injured, unable to move. By the time we got there, the owners of the garage had managed to rescue a third one without incident, but could not find the fourth one. END_OF_DOCUMENT_TOKEN_TO_BE_REPLACED